- November 08, 2018
Traveling on the road, you get to see a lot of cool things. This last month I got turn my eyes skyward to experience something amazing! 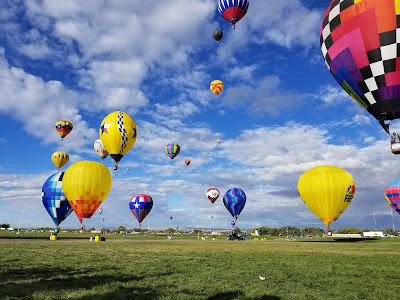 Albuquerque International Balloon Fiesta
Last month we got to spend a few weeks in Albuquerque NM, for the balloon fiesta. It was incredible! I had never seen a hot air balloon in person before, so it was an amazing experience. Each morning we would wake up to balloons all over the sky, and many of them landed in a field in the RV park.


The Fiesta had two different "sessions."  There was a morning session and an evening session. The morning session activities started at six a.m. If you were planning on getting to the field by six, you had to be up at five or a little before. Crazy early I know, but seeing the sunrise with the balloons is worth it! You would eat, pack all your stuff and hurry to catch a shuttle. When you got there it would still be dark. After going through the line and getting into the park you would find a wonderful patch of wet grass. Hope you remembered your camping chair! One thing so special about this Fiesta is that you can go onto the field right where the balloons launch and land! Soon the action would start! The "morning patrol"* would go up and if they gave the all clear the balloons would start going up!
The evening session was very different but still very fun to watch! It would start around six o'clock. All the balloons would be set up and inflated, but not launched, as it was already dark. The pilots would turn on their burners in sync, thus earning this session the nickname the "Glow"


*The morning patrol consists of about 15ish balloons which go up and decide if the winds are safe enough for other balloons to fly. Most of the time the give the all clear then come down. 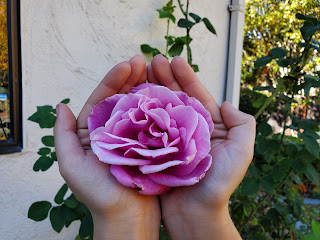 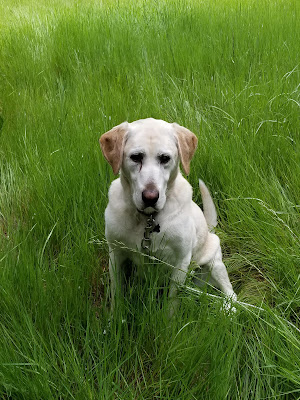